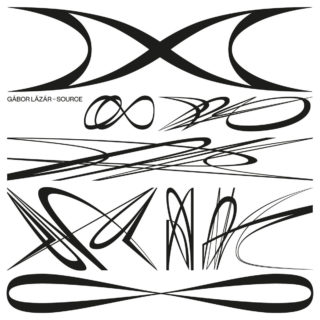 Gábor Lázár returns with an exercise book of rhythmic workouts, where a concise sound palette is playfully reconfigured and pushed to, and perhaps beyond, it’s natural conclusion.

The album’s tracks cycle through a recurring bank of harsh, frostbitten sounds, often reminiscent of labelmate Jlin, though more restrained and regimented in its execution. The tracks are solidly built and insular creations, melding together through shared genetic make-up rather than specifically enthralling sequencing.

‘Phase’ has the cold, unapologetically digital energy of a lost grime dubplate, with its ugly bass contortions and assertive claps. ‘Excite’ follows in a decidedly more trancelike-guise, though liberally lacerated with satisfyingly hollow metallic clangs. Later, the howling LFOs that appear throughout the record reach breaking point on ‘Effort’ while finding a slightly more restrained home on off-kilter electro jaunt ‘Route’. The album ends on a beautifully pensive, yet unexpectedly ambient note with ‘Return’. As the only track to work outside of the established sound palette, it is at once comforting and uneven, and leaves a feeling that the album would have benefitted from more of these moments of contrast and interval.

There is certainly much to admire in the execution, but when consumed as a long player, the lack of sonic variation can result in a somewhat flat and, at points, irritating listen. The clear individual merits to these tracks can be lost when digested as a whole. But if we choose to approach this as a selection of versions or sonic exercises, then there is much to like, and the subtle reconfigurations available here lend themselves to a wide breadth of genres, sure to find new homes within DJ mixes across the spectrum.

Where the experiment excites is in its demonstration of genre-fluidity, where sounds can be repurposed ad nauseam, yet deliver works that fit within widely varied spaces and conventions. It is important that these lines continue to be drawn between different styles of electronic music and that unnecessary barriers continue to be broken. With this in mind, the experiment upon which Gábor Lázár has embarked is, by and large, successful.