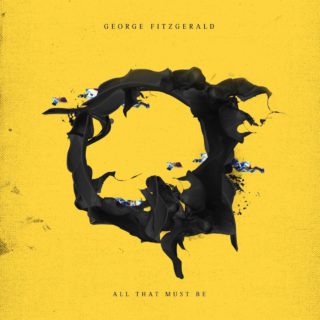 You’d be forgiven for thinking that George FitzGerald has never cracked a smile in his life, let alone throughout his eight-year-and-counting recording career. His highly-anticipated debut in 2015 documented a failing relationship, with powerful EDM and analogue heavy singles tearing up traditions of a genre already reluctant to find a steady definition. Now with his second album, FitzGerald has been dealt another destructive hand, writing of the abrupt end to his living situation in his once-adopted home of Berlin.

The first few tracks are some of his best, leaving behind the occasional pitfalls and mushy, monotonous lyricism of his debut effort. ‘Two Moons Under’ and ‘Frieda’ play as lush, liminal electronica. The urgency and tumult of his geographical transition wet the tracks with hard-hitting realism and reluctancy. ‘Burns’ has already had a huge live session in circulation since the end of last year and the studio recording doesn’t disappoint, with sharp analogue production and a live percussive line to leave your trad-rock bands drooling. The song itself sits somewhere in the void between Caribou’s cool playfulness and Laurie Anderson’s superman, with as much potential to be one of the new year’s biggest dance hall anthems as it allows sufficient space to wallow.

Lil Silva’s feature on Roll Back is a devastatingly mellow interlude about the loss of a father and a husband, doing just enough to bypass trend-searching and dub-infected R&B while taking the album to the heartfelt electronic heights of Leftfield and Caribou once again. But this is where the magic stops. While impressive features by name, collaborations with Hudson Scott, Bonobo and Tracey Thorn do little to serve the album’s themes.

The ambient production on ‘Outgrown’ feels like a B-side of Bonobo’s ‘Migration’ rather than a purpose-built addition to ‘All That Must Be’ – FitzGerald’s cut-rate snaking instrumental is less ominous and serpentine than its title might suggest. ‘Nobody But You’ and ‘Half-Light’ feel nothing more than purpose-built FIFA tracks and ‘Passing Trains’ is at best a cheap imitation of Högni’s 2017 album of similar themes.

In an album of two halves, FitzGerald has merged some of his best with some of his most adamantly forgettable. Pretend this is a four-track EP and you’re looking at one of the year’s best releases.