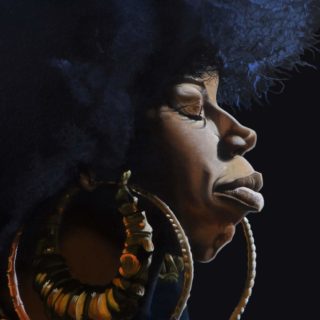 “I’m on overload and overdrive / I’m overwhelmed,” sings Georgia Anne Muldrow on the title track of her latest album, an intense exploration of love. Despite the overflow of emotion here, Muldrow describes ‘Overload’ as being an “experiment in restraint”. Yet its lead track’s smooth yet funk-tinged RnB licks are merely the tip of the iceberg when it comes to the amount of ideas that she brings to the record. Yes, it’s often laid-back and hardly frenetic (the exception being the twisting jazz fusion spirals of ‘Bobbie’s Dittie’) but ‘Overload’ is also crammed with variations of hip hop, trap, psychedelia and even glimmers of vintage pop. There’s the occasional moment where the diversity feels jarring, but these moments are few are far between.

These textured and often sumptuous soundscapes still leave room for Muldrow to weave often wise words on life. Across the album’s course she muses on treasuring the here and now (“Cherish the ones who love you because you’ll never know when it’s over”) and the prevalence of social media (“Life is too short to have alternate selves”). With ‘Aerosol’ she paints vivid imagery that moves from “Ice on the leaves in the grass / Bright balloons with kids attached” to “Bones break for a smoke under concrete canopies.”

‘Overload’’s most political moment comes on ‘Blam’, a track centred on self-defence with a defiant coda from Muldrow: “Before I be a slave, I’ll be buried in my grave.” Throughout, Muldrow is boldly, unapologetically herself, unhindered by any concrete notions of genre.