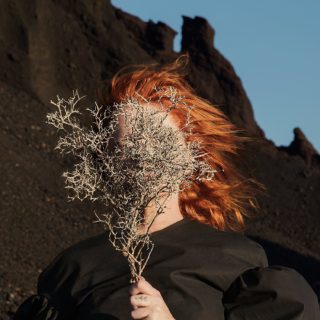 Alison Goldfrapp and Will Gregory’s career has followed a strange kind of arc. Since ‘Felt Mountain’ wowed critics and confused mainstream listeners back in 2000, they have meandered along a road less travelled and ticked off ambient, trip hop, synthpop and glam rock to wildly varying degrees of success. No one seems to know what to do with them or how to categorise them, and they rightly seem perfectly happy, getting on with their business without grumbling.

Indeed, it seems an unlikely and somewhat impressive success story that the duo are now entering their nineteenth year together despite the fact that no one has ever met an actual Goldfrapp fan. After the folk-tinged electronics (I’m not using the word ‘folktronica’) of 2014’s ‘Tales Of Us’, ‘Silver Eye’ returns to the more familiar territory of the dancefloor, injecting a bit more muscle with four-to-the-floor drum machines and big, fat synth lines. Think Factory Floor without the bite or, even better, try to imagine Daniel Avery falling on hard monetary – and artistic – times and having to produce Kylie to get by.

This isn’t a terrible album, it’s just so far below average as to make it entirely irrelevant. No doubt it’s being passed around advertising agency desks as I type, and no doubt it will help shift some perfume, or hatchbacks, or sports watches, or shower gel. That Goldfrapp have so cooly played their own game for so long, though, makes their actual output all the more disappointing.