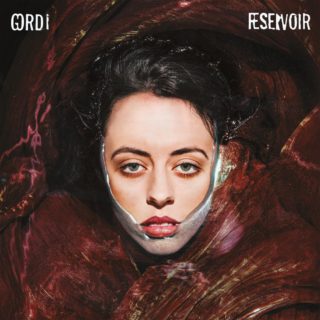 When Australian singer-songwriter Sophie Payten, otherwise known as Gordi, first started showing her lyrics to others, she was grabbing lines from ‘One Tree Hill’ and pretending she knew about aspects of life she’d yet to encounter herself. Luckily, it wasn’t long before Payten realised that drawing on her actual experiences served her writing far better. As such, last year’s EP ‘Clever Disguise’ examined guilt, disappointment and unconventional love stories, and on her debut album, she plumbs the depths of her own emotional “reservoir” once more.

Across the course of the record, she addresses both romantic and platonic relationships often through the prism of passing time. Whether it’s the strain of a long-distance friendship on ‘Heaven I Know,’ with its twitchy, consistent repetition of “123” lying in the background, or the longing that surrounds ‘Can We Work It Out’ (“wanting you takes as long as forever”), Payten explores the ideas of loss and reconciliation in intriguing and emotive ways. There are moments though where she comes to accept loss, as on the relatively upbeat ‘I’m Done’ where she sings about the positive aspects of letting go, heightened by small bursts of brass.

Payten’s lyrics are often a joy, writing about emotions and relationships in a way that reveals and emphasises all their complexities. Sometimes though, the music that surrounds her doesn’t always captivate as much. Its first couple of tracks in particular are flooded with big, atmospheric moments where electronica and folk combine – not unlike Bon Iver – but taken in quick succession they don’t quite have the impact they should. Towards its latter half, ‘Reservoir’ releases its floodgates, letting that heaviness drain away and more spacious moments trickle in. ‘For Now’ provides one of the most shimmering moments, filled with stuttering beats and twinkling electronics that are emotive but hardly oppressive.

Getting past these minor issues of balance though, immersing yourself in Gordi’s ‘Reservoir’ often feels like a very intimate experience, despite its huge tidal waves of atmospheric folktronica. Payten says that writing about her own experiences helps to lift the weights from her shoulders; here, the listener is taken on that journey of catharsis with her.