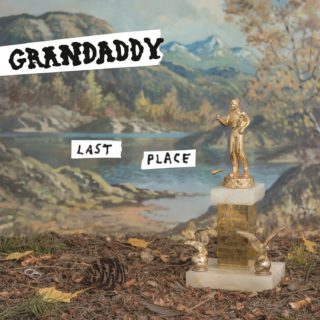 Grandaddy have never had the sunniest outlook but always found a way to make maudlin existence feel almost comforting. In 2000, when the world was terrified of a Skynet millennium doomsday, their second album, ‘The Sophtware Slump’, was lamenting loneliness and isolation in the impending digital age. It was Grandaddy at their peak, shuffling through life with a forlorn prescience, and ‘Last Place’ (their first new album in a decade) exhales like the sad millennial soundtrack to the technological existence they imagined back in 1999. In fact, switch out Joaquin Phoenix and his Selleck ‘tache for Jason Lytle’s trucker hat, the Prozac chug of ‘Don’t Wanna Live Here Anymore’ and the gentle tragedy of ‘That’s What You Get For Gettin’ Outta Bed’ and Her could’ve rung even more poignantly true.

As Lytle sings with all the tortured tenderness of Elliott Smith, terrified his voice could crack at any moment, it’s lines like “Where there was love/now there’s some other stuff” on ‘This is The Part’ where you can almost feel him shrug as he slides into despondency; the piano chords hanging heavy; the strings swelling; the air left dead and empty as Lytle stops short, letting the final word go unsaid.

Still intimate, personal, and painfully relatable, Grandaddy’s observant indifference makes ‘Last Place’ as plaintively imperfect as we could have hoped for.