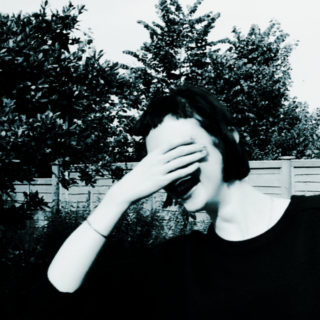 There’s a sense of innocence about ‘Cliffhanger’, the second album to be released by Koichi Yamanoha as Grimm Grimm. So hushed are most of its twelve tracks that the erstwhile frontman of psych-punk outfit Screaming Tea Party sounds like he was unaware he was being recorded. There’s a brush of guitar here, a wistful melody there, and some stoned synth holding them together.

This creates the impression of an acid-trip Syd Barrett on ‘Ballad Of Cell Membrane’, on which metronomic percussion interplays with phased guitar, while on ‘Final World War’ it’s like the Pink Floyd man is strumming over a Galaxie 500 song. On the title track, meanwhile, Dee Sada delivers a homespun folk ballad in the style of Vashti Bunyan.

The innocence is nonetheless stripped of all pleasure due to the faded out nature of its shoegaze leanings. ‘Hybrid Moments’, an unlikely jangly guitar cover of the Misfits, ends with a greying backwards tape and ‘Afraid’, on which the repetitive Spaceman 3 beat gallops under the more reflective surface track, is void of all emotional colour.

It’s a washed out pastoralism that’s also undercut by occasional slices of menace. Opening theremin instrumental ‘Diagonal Green’ has the unnerving quality of a Wicker Man-esque B-movie, and the Radiophonic Workshop bleeps and voices on ‘Orange Coloured Everywhere’ could be the theme-tune for a particularly sinister children’s programme from the ’70s.

These elements distort the bucolic homeliness and make for a strangely melancholy release.