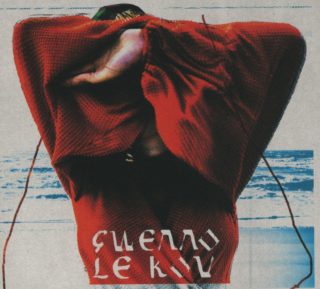 Those who’ve been to Cornwall will know its beauty is subtle and serene, and those who haven’t will get a pretty good idea if they let ‘Le Kov’ – the second album from former Pippettes member Gwenno Saunders – immerse them in all the hidden charm the southern coastal county has to offer.

The first thing you fall in love with about Cornwall is the sea, so it’s no surprise that the album’s opener ‘Hy a Skoellyas Lyf a Dhagrow’ perfectly captures its tranquility with sun-tinged psychedelia. From there, ‘Le Kov’, an album sung entirely in Cornish, becomes a record of two halves. There’s the pop-infused, groove-laden soundtrack to a quintessentially British day out by the sea on one side – captured in glistening lye in the infectious art-pop of ‘Tir Ha Mor’ or the fairground nostalgia of ‘Daromres y’n Howl’. Then there’s the hypnotic lure of Cornish mythology on the other (the Brythonic city legends are a great place to start digging deeper). Of course, no Cornish experience would be complete without cheese, and “Eus Keus? (Is There Cheese?)” provides one of the record’s most unabashedly fun tracks in its dedication to fromage.

Gwenno effortlessly glides between styles on ‘Le Kov’ – the seamless transitions between forlorn piano and frosted beats (Aphex Twin was an inspiration) to pristine drums and discordant brass evoke a Cornwall that’s as easily accessible as it is steeped in tradition and folklore.

Like her debut, ‘Y Dydd Olaf’, delivered in her native welsh (the Cornish comes from her parents, it was spoken around the house, and her father is a Cornish poet), the fact that the majority of people won’t understand the lyrics matters not. ‘Le Kov’ would be a wonderful album even if it were sung in Gallifreyan. 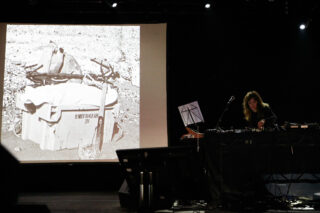