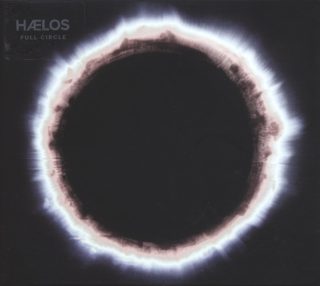 The opening ten minutes of ‘Full Circle’ has an air of such assured, compelling and composed melancholia that by the end of ‘Dust’, its second track proper, there’s a sense that this might be as strong a debut as ‘Dummy’ or ‘xx’ – it certainly bears those albums’ hallmarks, with its smoky 3am poignancy, introspection and warm reverberating instrumentation.

Unfortunately, though, Haelos can’t maintain their early stratospheric standard, and the rest of ‘Full Circle’ is far more pedestrian fare. While not fatal, that dip in quality is anticlimactic: as each track drifts by in a haze of breakbeat, dual vocals and space echo, positioning Haelos more as fans of Portishead than as their peers, it’s difficult to ignore the sense of a missed opportunity.

Indeed, when closer ‘Pale’ builds into something increasingly reminiscent of Rob D’s Matrix-soundtracking trip-hop cheese-fest ‘Clubbed To Death’, the overriding desire is simply for a less front-loaded record. Nobody was expecting an instant classic from ‘Full Circle’; nonetheless, Haelos’ presentation leaves a tantalising taste.