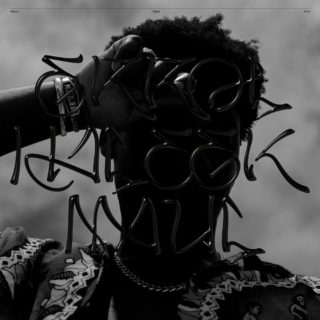 Brooklyn-born, Barbados-raised rapper Haleek Maul released his debut EP when he was just 16 years old. Oxyconteen impressed many a critic back in 2012 with its haunted, ambient hip-hop and found its way onto several publications’ albums of the year lists. But the acclaim may have come too soon for Maul, who somewhat faded from view for the remainder of the decade. He now returns with Errol, a mature and inward-looking debut LP that sees the rapper deal with loss while searching for hope.

Throughout the record, Maul’s nimbleness between musical styles is notable. On first listen, it’s hard to ignore the horrorcore intensity of lead single ‘Glass Ceiling’ and the sinister chimes of ‘Glitching’. With repeat plays, however, flickers of ear-catching instrumentation, such as the shimmering whirs on ‘DWGWY’, bring greater depth to the soul searching.

Made after the passing of his grandfather, Maul uses the album to reflect on himself as well as the motives of those around him. When music industry types manipulate him on ‘Pretty Colours’, he hopes he can “remember where I’m from and shrug it off.” On this track and elsewhere, Maul shares his self-doubt and bouts of paranoia amidst a weed-induced haze; from time to time, on songs like ‘Lucid’, he arrives at precious moments of calm.

Frustratingly, album closer ‘Feelings’ seems a bit too neat in its positivity considering Maul’s toil throughout the rest of the record. But on the whole, Errol is a rich debut full of ideas that underline the rapper’s continued promise.