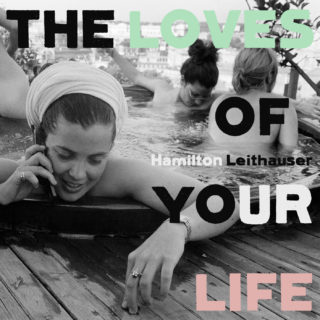 You can’t help but feel that people like Hamilton Leithauser attract good stories. I’m not talking about the wrung-out nostalgia highs and back-chat from the good days, before his old band The Walkmen announced a playfully “extreme” hiatus (that’s lasted eight years to date). His third solo record, The Loves of Your Life, is packed with tales about real people, from rock’n’roll singers who can’t hit the notes to strangers who hide from their flatmates in old cinemas, and friends whose parents still pay their rent. It’s a further breakaway from the great, dirty city sounds he helped revive in the early ’00s, but it lounges around the same subjects with a renewed and lighthearted sense of reverie.

The Leonard Cohen-style triplet guitar has been trashed and replaced by the bare bones of Freakbeat, the occasional doo-wop backing harmonies (‘Isabella’) and island-bounce blues (‘Wack Jack’) of Dylan’s Infidels. There’s less of the melodic ’50s crooner he perfected with Rostam Batmanglij on 2016’s I Had A Dream, but it returns to the same sweet spots. The fantastical creation narrative plays out like surrealist folklore; magical accounts of humanity are tenderly cast with an even more guttural, well-travelled sing-shout. A couple of quieter moments are so emotively strung that Leithauser cuts a beat, as if so engrossed in watching his own stories unfold that he forgets it’s his job to fill in the lines.

The one moment of Leithauser’s own self-reflection seeps into the final track – a piano ballad backed by his own kids – where his own gorgeously weathered vocal mediates on forgiveness. But even the most earnest of subjects are humorous, poetic and engaging – he’s writing with one eye on the couple watching the waves crash against the beach, and the other firmly fixed on the seagull that might be about to ruin their fish and chips.