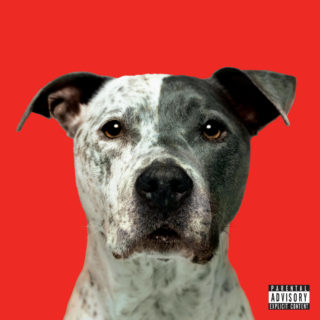 Hanni El Khatib is a bit of a paradox: you’d have expected a certain amount of joy to be behind his prolificacy, for someone whose last full-length spanned 19 tracks in five volumes, all of which were relatively tried-and-tested odes to blues punk. The reality lay closer to a series of dependencies, though, that saw him spat out by the once-upon-a-time cycle of creation by relentless touring, as he grappled with an anxiety and depression that forced him to give up life on the road, quit drinking and take an indefinite hiatus from the studio.

FLIGHT documents his slow return to finding the enjoyment in creation, and is completely liberated by not needing to satisfy the mechanics of a live show. Opening with the brilliantly blunted techno mutations of ‘CARRY’, El Khatib’s noise and hard electronics come with a committed rock’n’roll scaffolding, that sounds more like styling out broken instruments than finessing a custom build for the Warp Records sampler. Lo-fi bedroom pop elegies to tidying your room sit with cheeky barbershop-backed doo-wops, and album highlight ‘GEM’, where a partially degraded flute solo bleeds seamlessly into the supple jazz-funk of ‘HARLOW’, that lives somewhere between the street rhythms of New Amerykah and indie-jolt of Modern Vampires.

Until now, El Khatib’s studio creations have always hinted at more; in each Dan Auerbach-produced retro blues riff, we’re reminded of his hardcore rap collaborations with GZA and Freddie Gibbs, and futurist beats peddled for Chicago MCs Frank Leone and Monster Mike. FLIGHT is finally proof that a jack-of-all-trades approach can result in a fairly cohesive album when worlds collide. It might not be as much of a seismic shift in sonic output as El Khatib thinks, as closing track ‘PEACE’ locks into an easy-going blues-cum-LA-Britpop groove, but the occasional vintage clap-along can be forgiven, especially when there’s an intimidating pitbull terrier staring down the cover at you.