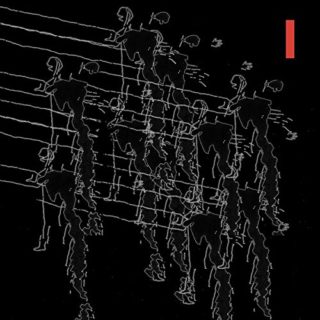 At just nineteen minutes, and after countless plays, ‘Plasty I’ feels impossible to get a hold on. This first part of an experimental beat collage two-parter finds its heft in shadows. It anxiously cycles through muffled voices, gritty drum loops and eerie textures. At its best, it feels like a dozen pirate radio signals bleeding together on a long ride through a derelict city. When a shift properly clicks, or a groove settles, like on the gurgling build-up of ‘Plasty’, it’s a tense listen. Sour pianos and human and animal voices are spliced around a hollow, clattering drum. Each space of silence between these sound fragments feels like a vacuum you could fall into.

Though the minimal production establishes a sinister mood, though, some moments are flat, and the glitchy shifts occasionally suck momentum away rather than turning heads. But this project is meant to be taken in at once. Its pool of sounds pile on top of each other to make a brittle, decaying portrait. It’s hard to know what of, but you’ll be jittery once the ugly picture reveals itself.