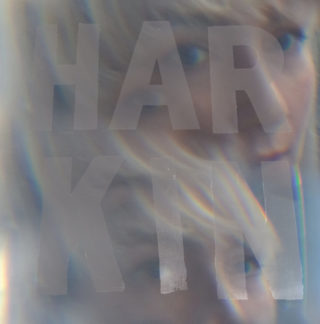 After nine years with Sky Larkin, during which she seemed hell-bent on cramming in every conceivable riff possible and maxing out her vocal register at the same time, it felt like some time away wouldn’t do lead singer and guitarist Katie Harkin any harm.

That time away turned into a six-year sojourn in which she became a touring and session musician with a plethora of artists including Wild Beasts, Sleater-Kinney and Courtney Barnett.

Despite this less prominent role, it was evident that she was putting something new together, releasing a lone cover under the name Harkin in 2015 and dropping tracks throughout 2019. Finally, after a long gestation period, her debut solo album is here.

It begins with ‘Mist on Glass’, a serene and enticing opener that has crepuscular synth lines peppered throughout rolling guitars, with Harkin’s weathered and melodic voice gliding through it. It strikes an earnest note, and announces that Harkin has graduated from the ripping riffs of earlier to a more contemplative and insular sound, that of a sun setting, rather than rising.

The rest of the album utilises the same muted twilight-like palette, with individual tracks able to glow in the gloom including the Placebo-like angst of ‘Decades’, the catchy chorus of ‘Up to Speed’ and the evolving groove of ‘Sun Stay with Me’ whose production and sonic interplay recalls Talk Talk’s ‘Ascension Day’.

Unlike on previous incarnations, which gave the impression that Katie Harkin felt distracted by all the textures she didn’t have in her arsenal, it feels that on her travels that she has made a home with a singular sound, and found her true voice.

Here's an album of jangly, melancholy psych-folk from Painted Shrines