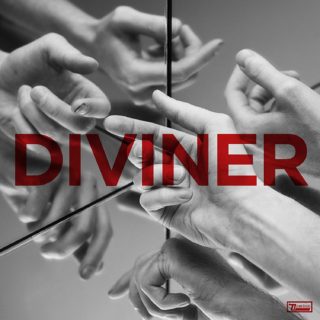 The music of Wild Beasts always did have a mischievous streak running through it and now, even after they’ve been laid to rest, that spirit apparently lives on in Hayden Thorpe, who put this first solo record together in secret after telling Q in his band’s exit interview that he didn’t see a future for himself in music.

The big question that was always going to hang heavy over any individual effort from either Thorpe or the Kendal outfit’s other vocalist, Tom Fleming, was whether the songs could stand up without Wild Beasts’ calling card – the strange alchemy that occurred when Thorpe’s flighty falsetto clashed with Fleming’s thunderous baritone. To the former’s credit, he showcased a comprehensive vocal range across his old group’s five full-lengths and, whilst there’s the occasional throwback to the vaudevillian theatrics of Limbo, Panto here (‘Love Crimes’ is probably the best example) this is an album that vocally most resembles Smother or Present Tense. But that, in terms of its voice, is a fresh proposition entirely.

Diviner runs its way across the rawness scale; at some points, as on the meditative ‘Straight Lines’, Thorpe is quiet and reticent, whilst at others – the stinging ‘Human Knot’, for instance – the album feels like an open wound. At the heart of it all is the sound of him struggling to find his feet again after a break with his former life that, for all the kept-that-one-quiet cunning about the construction of this record, you still get the feeling was not something he saw coming. Without Fleming as a foil, it’s as if he’s singing to himself for the first time; getting his ideas out of his head in order to better make sense of them. That comes across musically, too. A key reason for keeping the template so minimalist is surely to push the themes and ideas to the forefront, but part of it, you suspect, is that he doesn’t want to make any false moves so soon after the dissolution of Wild Beasts.

Much of the album, then, is characterised by sparse landscapes: flecks of piano here, looped moody synth there. It’s not enough to make up for the collapse of the band; that they announced their split a few weeks before the rise of the #MeToo movement still feels like a cruel joke, given that nobody deconstructed the nature of masculinity so intelligently as Wild Beasts. It is, though, sufficient to put to bed any doubts that they might have called it a day because there was no juice left in the tank. Thorpe’s supply, at least, is clearly bountiful.