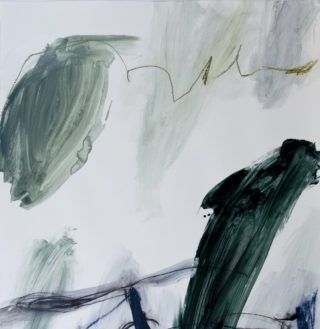 The moniker Headland refers to a collective of eleven Australian musicians, writing and performing music for surf films. Founded in 2013, the group set out to create a soundtrack to found footage from the 1970s: a window into the surf and coastal culture of Lennox Head, Australia. The spirit of the place comes alive on the collective’s latest record, What Rough Beast, a charming and atmospheric anthology firmly centred upon the themes that define the band.

Perhaps the record’s biggest strength is its collaborative feel; it is the wholesome creation of a caring and talented group of friends with a shared passion. What Rough Beast is also in part a tribute to legendary guitarist Spencer P. Jones, a friend of the band who sadly passed away as the record was coming to life. ‘Ode To A Death Trip’ honours Jones – one of his melodies set to instrumentals by Murray Paterson, Headland’s leader.

While at times it swirls with the vivacity of the tide, the record can feel slightly repetitive, lapsing into the background, although this is often the nature of music designed to be a soundtrack. What Rough Beast is nonetheless what it set out to be: an homage to a place, a culture, a passion.