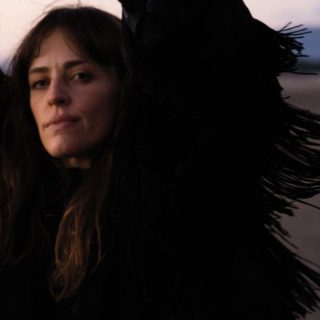 As a backing musician, Heather Woods Broderick has an enviable CV. Over the past decade or so, she can list stints with Laura Gibson, Lisa Hannigan and her long-time collaborator Sharon Van Etten on her resume, as well as time spent in bands like Efterklang and Horse Feathers. What really marked her out as a good signing for anybody, though, was less her track record and more her own solo material. From the Ground and Glider, released six years apart in 2009 and 2015, were meticulously crafted and elegantly executed pieces of work that suggested that she had a striking, creative voice all of her own.

A long-standing member of Van Etten’s band, whom she is now back out on the road with as she promotes January’s Remind Me Tomorrow, Broderick took her friend’s hiatus from touring as an opportunity to carve out Invitation, which in large part is a meditation on life as a working musician; the toll it takes on relationships, bank balances, mind, body and soul. Broderick wrote and recorded Invitation surrounded by the stillness of rural Oregon and you can tell. It feels appealingly unhurried and is stylishly put together, all hushed vocals, string section flourishes, gracefully overlapping guitar and piano. There’s subtlety to its diversity, from the softly bluesy ‘Nightcrawler’ and ‘Slow Dazzle’ to the rolling panorama of ‘White Tail’ and the gently subversive ‘These Green Valleys’. Over the course of it, the sense of catharsis as she figures out her place in the world is quietly overwhelming. Invitation takes its time to get its hooks into you; the investment of time and thought, though, pays off generously.