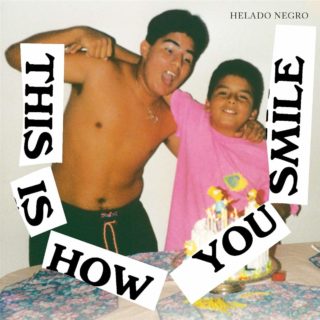 Back in 2017, Roberto Carlos Lange aka Helado Negro played one of NPR’s Tiny Desk gigs and wore his favourite t-shirt; one that brandished the phrase ‘young, latin and proud’ across his chest. It was the bold statement that titled the single off his 2016 album, ‘Private Energy’, and an otherwise defiant catcall towards the unfolding plans of the Trump administration. As his culturally empowering alias suggests, by no means does Negro shy away from his heritage, instead he looks to flaunt it. He continues to do so on ‘This Is How You Smile’, this time through a familiar scattering of hispanic influences and an intimate reflection of his past.

Pensive retrospection defines the atmosphere, something Negro describes as “the soundtrack of a person approaching you, slowly, for 40 minutes”. This advancing comprehension is personified on ‘Fantasma Vaga’ (directly translated to ‘Ghost Knife’) in which, spoken in his native tongue, Negro illustrates a mysterious being treading closer towards us, each step refining his shimmering and distorted figure. Steel drums and Latino strings echo alongside broody atmospherics on ‘Imagining What To Do’ in a vivid account of two lovers entwined during the frosty peak of cuffing season. It’s these cherished relationships that Negro revisits from afar, each time purposely filling the cracks of his wistful exterior.