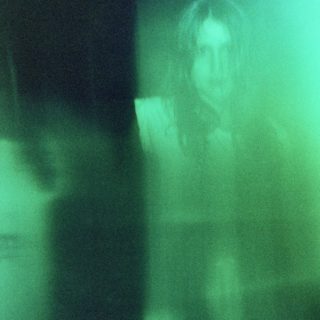 The last year and a half has seen the rise in popularity of proto-techno mainstay and all-round cult genre electro. This paradigm shift is in part due to the rise in popularity of DJs like DJ Stingray and, of course, Helena Hauff. While electro has never exactly been “underground” it certainly has been pushed aside in favour of the at times oversaturated, personality-void genre of industrial techno. However, much like DJ Stingray, Hauff is not solely a DJ – she has also been releasing music of her own since 2013.

‘Qualm’, Hauff’s second LP, is a record of dualities, from the title down. ‘Qualm’ in German (‘kvalm’) translates as ‘smoke’, while the English meaning of course refers to the feeling of unease, especially about oneself. True to form, the record is unapologetically raw, even brutal at times, and finds the German musician returning to a kind of modus operandi, jamming on her machines, “trying to create something powerful without using too many instruments and layers”.

Gear can make a project but also break it, so Hauff stripped back her hardware in an effort to go back to basics – a technique that Regis used when creating the now legendary ‘Gymnastics’ in 1996. This calling back to the past is present throughout the whole of ‘Qualm’. ‘Hyper-Intelligent Genetically Enriched Cybrorg’ has a notably Drexciyan quality to it, its aquatic bassline warbling along. Elsewhere, ‘Barrow Boot Boys’ has a Surgeon-like intensity in the drums, on a record that’s refreshingly inspired by past techniques rather than the end results of creativity produced by others.