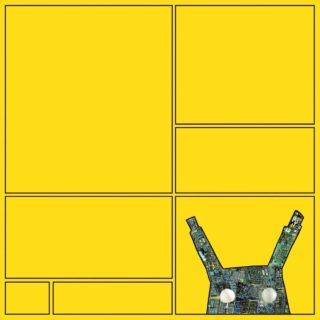 Sometimes, reviewing albums is relatively straightforward – listen to the thing a few times, frame the music with some observations, make a couple of comparisons, slap on a mark out of ten and send it to your editor. Other times, it’s not so simple. Other times, a 40-minute-long piece of music can prompt the kind of questions whose answers lurk only in the deep recesses of Wikipedia wells or within the algorithmic sorcery of Google’s cache, and before you know it, it’s dark outside and you still haven’t drawn the curtains, you’ve got cramp in one leg and a mug of cold tea beside you, there are twenty open tabs in your browser and you’ve lost a perfectly serviceable Sunday afternoon to stories of the power vacuum caused by the withdrawal of the Roman army from Britain in 407 AD, a historically important early-Victorian collection of medieval Welsh literature that may contain entertaining forgeries, and a seventh-century abbess and twice-married virgin queen of Northumbria who later became an Anglo-Saxon saint and the etymological root of a Shakespearean adjective. Those times, reviewing albums feels a little like playing Only Connect. In a foreign language. Blindfold.

‘Mogic’, the third album by Hen Ogledd but their first for Domino/Weird World and with the present line-up (and thus resembling something of a debut), is a textbook example of one of those times – from the band’s name onwards (the Old Welsh for “Old North”, describing the region of Britain running from roughly present-day North Yorkshire up to the foothills of the Scottish Highlands and governed by Celtic Britons in the Early Middle Ages) there’s a density of lyrical content, reference and multiple meaning to this record, all presented with an enticingly screwy elipticality seemingly designed to elicit double-takes and pricked ears, and tracks demanding to be restarted after 45 seconds to check What Exactly Is Going On Here. By the record’s end, the effect is not so much a musical experience as a multidisciplinary one, taking in storytelling, bricolage, poetry, linguistics, and even a dash of psychogeography.

To its immense credit, however, despite the entwined thickets that ‘Mogic’ presents to its listener, never does the album feel heavy-going. Indeed, through all the comings and goings of medieval monarchs and contemporary paranoias of malfunctioning mainframes (the comparison of the old with the new, the rational with the unexplained, and the organic with the machined, is well explored here) the record retains a charmingly earthbound personality – more entertaining pub companion than know-it-all bore – to the extent that a thoroughly enjoyable encounter with the album could be had without pursuing any of its arcane deviations at all: songs are brushed with instantly heartwarming elegiac grace or likably playful pranksterism, moreish melodies abound around deceptively funky rhythm sections, and free-associative lyrics float by, sung in a gorgeous array of Northern British regional accents, in a pleasing volley of language for language’s sake. Never is this wilfully “clever” music, but more the sound of four curious minds having a conversation, with listeners simply being invited to eavesdrop as much or as little as they choose.

A deeper dig reveals more treasure, though, and it’s at that level that ‘Mogic’ transforms from an entertaining folly into something more enthralling, strange, and also, despite the band’s medieval preoccupations, sporadically and obliquely reflective of the modern world, too. The deeply romantic ‘Sky Burial’ starts off like a paean to ancient love but ends up evoking online dating, as the kindred spirits described in the song are compared to “motherboard and solder” while the interactions of time, space, and heartache – three phenomena that Tinder et al seem so keen to compress – are also considered as Sally Pilkington sings “I’ve been waiting for you at the black hole/At the edge of love.” An aching guitar yawns underneath, amplifying the poignancy and fleeting sense of a missed connection. Equally, ‘First Date’ hints at the digital stalking of a potential companion: “I know you well – three clicks and you’re alive, I should be a detective,” our narrator tells her date, although here the music is, fittingly, far creepier and more insular, an almost nightmarish amalgam of haywire synths and off-kilter electronic percussion.

Elsewhere, ‘Tiny Witch Hunter’, with its listing of scientific disciplines alongside more incantationary singing, elides the often mind-blowing discoveries of modern technology with the pre-enlightenment age of alchemy and witchcraft. That it does so atop a delicious post-punk groove and rounds things out with an ecstatic sax solo, all the while acknowledging the inherent absurdist humour by leaving in a cracked, giggling vocal in the chorus, only adds to its eccentric charm. The psychedelic experimentalism of ‘Transport & Travel’, similarly, wants to connect disparate ages: a robot voice recites modes of transport, both literal and metaphorical, in order of ever-increasing technological complexity, from “horse-drawn cart” to “yellow submarine” and “expensive yacht”, concluding with “ayahuasca”, the traditional spiritual medicine with psychoactive properties used by indigenous Amazonians. Meanwhile, a poem comparing a ceremonial bronze-age plate in the Kingdom of Strathclyde (itself once part of Hen Ogledd) with modern-day satellite dishes in terms of their capabilities for information transport, is sweetly recited. If this all sounds fairly outré and not a little bonkers, that’s because it is; in the moment, however, Hen Ogledd manage to make it feel like the most natural juxtaposition possible.

And then there’s ‘Etheldreda’, the album’s closer and highlight, named after and potentially about our aforementioned virgin queen of Northumbria, a hymnal, glacially pure elegy to faded glory and the interaction of memory and technology. “I built a new world from your memories,” sings Pilkington, “familiar but strange, confusing data streams, with visions from your dreams.” On the one hand, it’s a beautiful ode to an overlooked historical character; on the other, a desire to rebuild society based on past greatness in an environment full of unreliable networks, presented with such doomed/hopeful wistfulness, it could equally be an oblique comment on Brexit. Such is the phantasmagorical weirdness of ‘Mogic’, though, it could also be both.

Ever since Little Richard wailed “a-wop-bop-a-loo-mop-a-lop-bom-bom” 60-odd years ago, there’s been no shame in making music that’s as nonsensical as it is infectious. However, that Hen Ogledd have managed to create something that’s instantly accessible, superficially daft, and also full of slow-revealing wrinkles and crannies packed with genuine intrigue is proof that depth needn’t be dull, obscurity needn’t be off-putting, and that the gamut of what constitutes pioneering pop music in 2018 is potentially as broad as it’s ever been, despite the backdrop of disappearing live spaces, constricted cash flow and algorithm-driven discovery that can frequently appear so dispiriting.

In that way, in fact, ‘Mogic’ is actually slyly inspiring. This is a record that’s not out to teach you anything in particular, but simply to stimulate your curiosity and leave you to your own devices. That’s a generosity of spirit that’s hard to deny, and, with that spirit, ‘Mogic’ offers a particular variety of hope that overspills its own rather idiosyncratic boundaries. Sometimes, describing albums can be far from simple. Hen Ogledd seem on a mission to demonstrate that simply listening to them, on the the other hand, can be a dream. 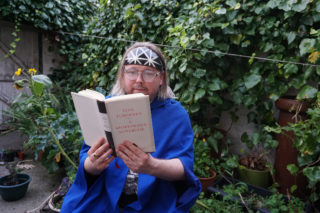 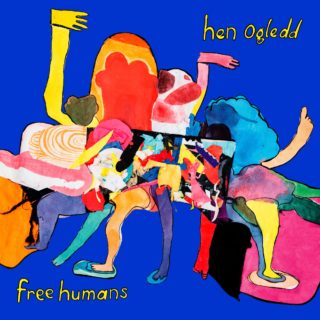