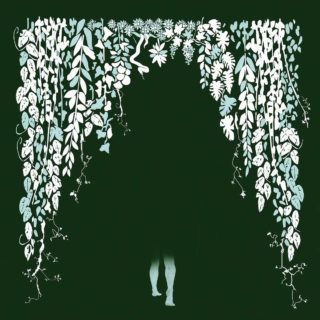 London’s underground stalwarts Hey Colossus have become one of the best rock groups in the country; musically awesome, quietly political, and refreshingly candid about what it takes to be a DIY band in this belligerent decade. The sextet’s 11th full-length and 2017’s rock album of the year (if history will vindicate me) The Guillotine comes off as their best, a full-blooded hard rock beast as crushingly heavy as it is singable, home to one of the funniest Brexit Britain tunes in which a folkloric Englishman “cuts off his head to spite his asshole”. Needless to say, 12th album Four Bibles had its work cut out.

It manages a decent job, although not exactly by Hey Colossus’ usual high standards. Triple threat ‘Memory Gore’, ‘Confession Bay’ and ‘It’s A Low’ straddle Hey Colossus’ unplaceable metal-adjacency, swinging from grizzly to dappled, set against vocalist Paul Sykes downcast gaze. It’s a slight mystery as to why quick ’n’ dirty jam ‘(Decompression)’ was included at all, given that the gargantuan 11-minute space rock of ‘The Golden Bough’ manages to loosen the steam valve well enough by itself. It’s with the former track that Four Bibles begins to feel uneven, as the anonymity of ‘Palm Hex/Arndale Chins’ and ‘Babes Of The Plague’ have an alarmingly large part of the second side sounding under baked.

But to call Four Bibles a disappointment would be unfair, given its undesirable position as the follow-up to a definitive release. Better to consider this a bridging point onto something else, much in the way Sonic Youth couldn’t have achieved the greatness of A Thousand Leaves without first making the average Experimental Jet Set, Trash and No Star. Where The Guillotine had its eyes on the prize, demanding itself to be heard, Four Bibles is content in gently reminding a listening public — or letting them know for the first time — that Hey Colossus exist. Buy a ticket to the live show, if you can.