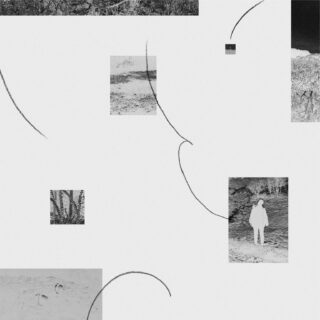 In Japanese-born, London-based artist Hinako Omori’s debut record A Journey…, the artist offers a meditation on the healing powers of both nature and sound. Over the two-year period during which she recorded the LP, Omori would take regular trips to various landscapes, including the Mendip Hills, engaging in something akin to the Japanese practice of shinrin-yoku (forest-bathing). These moments, and the field recordings Omori collected during them, formed a foundation for a journey…, which was also heavily influenced by her research into sound therapy (the deep listening exercises of Pauline Oliveros being a notable touchstone).

The end result is an album which feels as blissfully restorative as a walk in the depths of the woodland – exquisite calm punctuated by moments of dappled light. Omori’s siren-like vocals are reminiscent of Ana Roxanne or Julianna Barwick, and for the most part they float over the listener, blending into the overall soundscape. There are some exceptions to this, where her whispered words feel more like a chant or poetry, although on ‘The Richest Garden In Your Memory’, which takes words from the poem of the same name from Omori’s friend Emily R Grosholz, she eschews the hushed delivery for a more melodic delivery.

Hinako Omori has worked as a sound technician and producer, and she’s employed plenty of her technical knowledge on A Journey…, experimenting with decibels and frequencies to optimise the listening experience, to actively soothe and relax the listener through sound. I won’t pretend to be an expert in oscillators or binaural beats, but just a few moments into ‘Spaceship’s Lament’, the album’s evocatively-titled opening track, I felt my jaw begin to unclench and my breath begin to deepen. By the end of closing track ‘Yearning’, I was somewhere else entirely. A Journey… lives up to its title, and is another brilliant example of how reflective and nurturing art can be, even (perhaps especially) when it comes from a time of chaos and tumult.