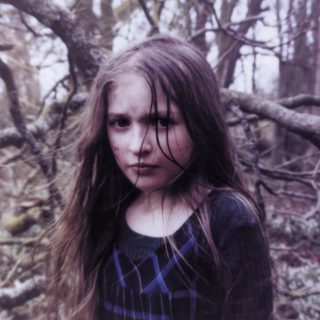 ‘Babes Never Die’ is a phrase that Honeyblood’s lead singer, Stina Tweeddale, is trying her hardest to spread as a kind of camp, new age mantra. She’s taking it quite seriously: the slogan is tattooed on her ribs, there’s a paragraph of her press release dedicated to it and, along with her band, she’s written a second album to spread the ‘Babes…’ message, which she has devised a whole non-gendered philosophy around.

“Indifference is a plague,” she says, by way of explanation. “Giving up and turning a blind eye will be the end of us. Perhaps we should stare straight into the face of what frightens us and say that we will never let them win.” (Is Tweeddale being ironic, or losing her mind?)

The album itself is a series of “gruesome romance stories”, playful reflections on twenty-first century love.

Its DIY, post-punk sound is fresh and fun, and if the tracks are a little derivative at the start (the title song channels the ’90s, with an Avril Lavigne meets Alanis Morissette sound), they improve incrementally as Tweeddale finds her voice, with the final three (‘Hey Stellar’, ‘Cruel’ and ‘Gangs’) offering a delicious climax to an already very good record.