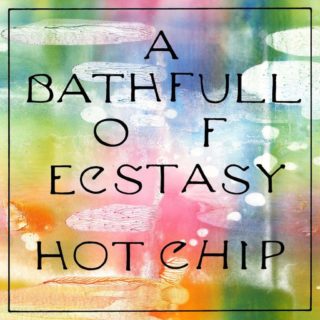 Somehow, throughout the past 15 years or so of blinding poptimism and rap as the musical zeitgeist, synthpop band and eternal humanists Hot Chip have persisted. The quintet’s fan base has grown with them, unmoved by their fealty to a particularly luminous strand of disco- and house-imbued electronica: thoughtful and hair-raising quasi-club music made for the people standing statically at the bar as much as those sloshing it out by the DJ booth.

Inside their seventh album, A Bath Full of Ecstasy, whose winking title reads like a one-sentence review of their most blissful moments (‘Flutes’ obviously), the irresistible, mind-balming machine funk survives. Since their inception at the turn of the century, the band have chosen to keep everything in-house. Here, for the first time, collaboration – producers Philippe Zdar (Phoenix) and Rodaidh McDonald (The xx, Sampha) – reins their songwriting curios in by inches, but it still shepherds them along a recognisable path: fluttering drums, slithering bass, sci-fi synths and arpeggio keys that slide elegantly as skimmed stones on water.

Hot Chip’s main vocalist, the unmistakable pop falsetto of Alexis Taylor, writes and coos as though he is the poet laureate of some dimension occupied exclusively by Mixmag subscription-holders and people who say Vampire Weekend are the voice of a generation. Sung passionately as ever, his musings are at once abysmally hopeful and hopefully abysmal. “You remind me of a world I’ve never known/ Deep inside me there’s a momentary glow,” he belts out dolefully on the lucid ‘Echo’, where a sense of mystery, a feeling of existential yearning, ghosts beneath the swinging disco rhythm and svelte keys. Here and elsewhere his lightly processed vocals drizzle over the music, an amalgam of Chicago house, disco-funk, synth-pop and R&B, like melted butter.

Few other artists outside of hip-hop have the guts, wherewithal or intuition to mine a sound that feels as hedonistic as it does reflective. After a sluggish start, ‘Hungry Child’ arrives around the mid-way point, an unapologetic slice of sun-lit house, finding at joyous crescendo while Taylor ruminates longingly about the fleeting nature of everything: life, love, desires. It’s the album’s most gravity-defying whack of soulful house.

The best Hot Chip songs are set aglow by old genre fascinations so much as devotional craftspersonship. For all the obvious beauty on the album, not much of the glowing magic of their past work is reignited. ‘Clear Blue Skies’ is nondescript outside of solid writing, while curtain-closer ‘No God’ is placid tropical-house. Peel back some of the glowing layers of glossy coating, though, and you’ll find a beating heart; one that is ageing, resistant, religiously steady; a recipe for inertia. It’s just all a shade too familiar. 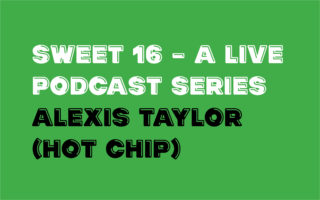