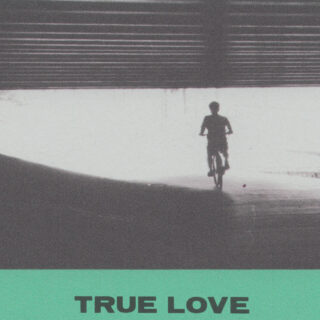 There’s an undeniable satisfaction to the heavily-curated sound of Hovvdy, a Texan band who forgo cluttered soundscapes in favour of slow and spacious indie rock. Serene melodies on the guitar of Charlie Martin entwine with pastoral sounds, a real warm bath sound to match up with the romantic and familial themes explored throughout True Love. Throughout, the duo wield a sound that is two parts breezy Vetiver to one part wide-eyed Brian Jonestown Massacre; it is music from a far sunnier world than I could ever imagine.

‘Junior Day League’ is balladry in sepia, a nostalgic slice of Americana indie wherein Martin’s vocals are washed out by piping harmonies, whilst the title track is a startlingly beautiful and earnest love song perpetually in motion. ‘Blindsided’ sees the songwriter explore his relationship with his father in frank lyricism, which is in turn paired with rolling piano chimes straight out of a coming-of-age film. At its best, True Love is stirring, but more often it’s simply a deeply pleasant trip down memory lane – the most polished effort yet from Hovvdy may be their prettiest.

But how much of this pleasantness can one bear before inertia sets in? How many vernal melodies can wash over one’s ears before they ebb into the background? The answer is “slightly less than a whole record of it” – aye, there are some real highs on True Love, but at times it loses its pull and character, drifting firmly into the ‘mood music’ realm. As a whole, True Love is not an essential listen, but in places it really sparkles.