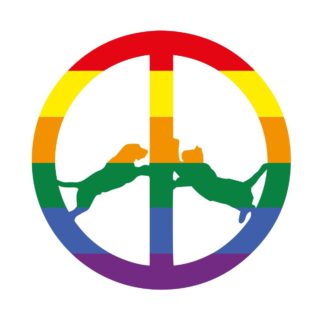 It’s easy to get bogged down by the contrary story of Hype Williams because it’s still so much fun. It’s exactly what they want, or don’t want, or did want but don’t anymore, which is perhaps why ‘Rainbow Edition’ comes with a reminder that Hype Williams no longer consists of its only two members – trolls of Internet music in their own rights and through their own solo careers, Dean Blunt and Inga Copeland.

Via the project’s official spokesperson Denna Frances Glass, who still might be completely fictitious, it was announced last year with the self-released ‘10/10’ album that Hype Williams were back but that Blunt and Copeland were no longer involved. “But the ting continues regardless with other cats,” they said. These cats might be the two guys in this new photo, but I wouldn’t count on it. ‘Rainbow Edition’ is sticking with that story. Kinda. It’s been delivered with a note stating that 2011’s ‘One Nation’ LP was the last time Blunt and Copeland were involved in Hype Williams recordings, but also goes on to say: “any Hype Williams releases you’ve heard are FAKE. Bare Paigons.” Presumably, that includes all previous albums made by the two members we definitely know of.

Effectively, it seems like Hype Williams has been restored to factory settings. It’s a compelling thought, especially for an electronic art project that’s always rejected identity and playfully exploited the clandestine nature of the Internet, disappearing online rather than plotting for fame and followers. The flaw in the plan isn’t that the runaround detracts from the music rather than untethering it from known cult characters like Blunt and Copeland (that might even be their real desired effect), it’s that ‘Rainbow Edition’ sounds so distinctly like a Hype Williams album. ‘10/10’ almost did, but, full of straighter instrumentals and platform-game loops, it was believable that “other cats” were now at the wheel. Maybe they’ve just got better at aping the group’s founders, or maybe Blunt and Copeland never left Hype Williams at all. ‘Loud Challenge’ supports the former idea, building on the Prince of Persia video game feel, while the female vocal on ‘The Whole Lay’ sounds a lot like Copeland. ‘Ask Yee’’s answer-phone message vocals are then reminiscent of those from Blunt’s LP ‘The Redeemer’, even if the trap beat isn’t.

Although lighter in its detached emotional touch, whoever’s making this, the mystery of the music dovetails with the puzzle of Hype Williams as perfectly as it ever has – 20 weird ideas of hypnagogic pop at different stages of gestation. It’s not all about the music though, is it? 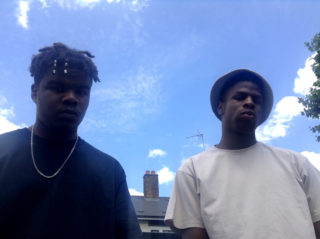 Dean Blunt and Inga Copeland are apparently no longer involved in Hype Williams, but there is a new album coming