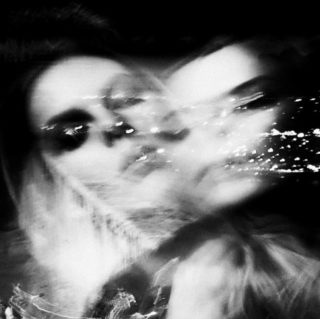 Most of the songs on I Break Horses’ new album, Warnings, sound like they should be accompanying soul-searching montages in coming-of-age films. ‘Silence’ progresses beyond ethereal and suggests divine plane-hopping or a sunset-soaked ayahuasca trip in the desert. This isn’t surprising, as Maria Lindén wrote the first pieces of the record as a sonic experiment while watching her favourite movies on mute. It’s an exciting idea for an album, a multi-dimensional experience that listeners pick up on instinctually.

The only issue with I Break Horses’ expertise in soundscape creation is that they don’t seem to be trusting of their abilities, and thus occasionally overcompensate. Warnings is weighed down by a few repetitive tracks that could have benefited from streamlining. ‘Turn’, at 9 minutes, renders itself less effective as it drags on and lets the emotion slip somewhere around the halfway mark. ‘Death Engine’, at just under 8, manages to hold on tight and would have been better suited as the lead song.

The crowning jewel, though, is ‘Baby You Have Traveled For Miles Without Love In Your Eyes’, a standout track that transcends genre and could be equally enjoyed during a quiet moment contemplating the meaning of life, or exuberantly scream-sung in the car with all the windows down.