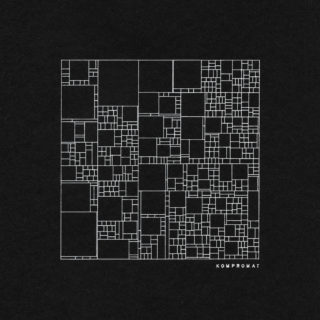 I LIKE TRAINS’ last album, The Shallows, came out in April 2012. Just think about how much water has passed under the bridge since then. Let’s see: you’ve had two Olympics, the Scottish Referendum, Brexit, Trump, Kanye West, coronavirus. Once you factor in that this Leeds-based quartet tend to base their songs around huge thematic tent poles, the real question here is how it took them so long to pick something.

KOMPROMAT is old KGB slang for blackmail material, and this record aims to shine a torchlight to the murky divide-and-conquer tactics that have fuelled the rise of populism. As their medium, I LIKE TRAINS have rehashed the synth-laden disco-leaning post-punk you danced to back in 2012. Some moments are pleasant enough; brooding slow jam ‘The Truth’ and radio-friendly banger ‘PRISM’ both compare to classic Interpol, but as a collection of songs, it ends up feeling dated by today’s standards.

Basically, KOMPROMAT is the Mueller report set to music – and just like that mess, it has its thrills, but is somewhat unsatisfying when taken as a whole.