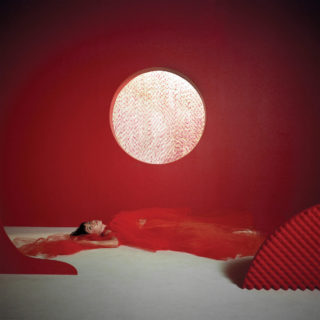 Jillian Medford released her first record under the Ian Sweet moniker in 2016, but really she was still hiding. Titled ‘Shapeshifter’, it was a result of collaboration whilst she remained concealed behind neutral nomenclature. ‘Crush Crusher’, therefore, is a major bloom for Medford. Its ten tracks are all scouringly personal, each one a fulsome analysis of what she perceives to be her own personal shortcomings.

“You’ll go and I’ll get swallowed by someone else’s spit,” is the refrain on standout track ‘Spit’. It’s a sentiment as old as songwriting itself, but from her pen it is boosted back to torturous, tactile, visceral life. She finds matter-of-fact in the poetic throughout the album, when too many waste their time trying to do the reverse. It would be reductive to describe Medford as a confessional writer; yes, she tells truths about herself, but only in an effort to navigate adult life and its maddening tangles and unpredictabilities.

In ‘Holographic Jesus’ she describes her body armour and how she uses it to protect others, a typically complex composition, simultaneously vulnerable and confident, unsure and determined. Opener ‘Hiding’ meanwhile finds her raw guitar fill out an arrangement that is expanded to meet the complexity of her writing; indeed, growling guitar textures dominate throughout, alongside song progressions designed to wrongfoot. The prettiest track is then saved for last. On ‘Your Arms Are Water’ Medford comes to accept her imperfections as positives. She undertook to write truthfully about herself, and not only does it result in great music, but she even liked what she found.