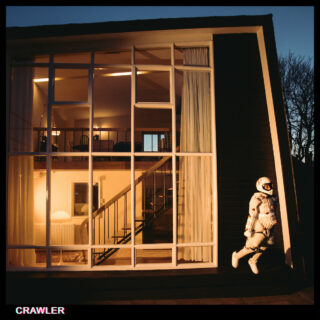 A year on, and you get the feeling that the success of Ultra Mono has been a bit of a double-edged sword for Idles. On the one hand, it’s the record that has really put the band on the map. Still, a bigger platform often comes with more scrutiny, and a series of high-profile bust-ups and social media criticism has clearly left the band questioning their trajectory.

Rather than kicking against the criticism, Idles are using Crawler as a chance for introspection. Consequently, this record finds the band putting their weaknesses on full display, crafting a series of stark narratives that draw the listener ever deeper into a personal account of addiction, desperation and redemption.

That being said, Idles haven’t been rash enough to throw the baby out with the bathwater. Instead, the band have taken the many of the elements of their work that people already loved, and reworked them to fit with more reflective themes. For example, the absurd humour found in fan faves like ‘Never Fight a Man with a Perm’ is redeployed for ‘When the Light Go On’, a haunted disco track that recalls an evening Talbot spent dancing with random Spanish men in a pathetic attempt to keep a party going. Yet Crawler is most potent when it deviates from the established template. ‘MTT 420 RR’ and ‘Car Crash’ both dissect a near miss that should’ve been a turning point in excruciating technicolour and are easily the most emotional Idles have ever sounded.

For all its darkness, Crawler comes across as a hopeful record. The songs feel more like a symbolic scattering of soil over the coffin of a life being left behind than a cautionary tale or slideshow of personal anguish. If Crawler has a message, it’s that while it’s important to recognise the sins of the past, it does no good to dwell on them. 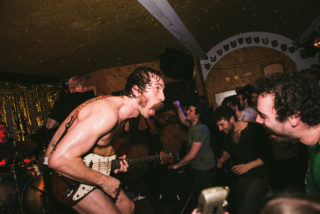