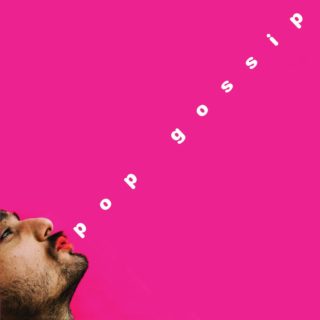 Produced and recorded by International Teachers of Pop themselves in Sheffield, Pop Gossip pertains to the city’s historical association with synth-pop; indeed, it wouldn’t sound out of place during the early years of electronic music. Because of this, Pop Gossip often teeters on the precipice of parody, but seemingly, knowingly so. It’s this subtly playful irony that gives the album its charm. To the wrong ears, however, it can sound trashy, out-dated and mildly irritating.

International Teachers of Pop have gone deeper into the realm of club music on their second album, bringing their dynamic live performances to record. The focus here is on outright, hedonistic fun, which brilliantly opposes the surly earnestness of a lot of today’s music. There is a time and a place for Pop Gossip: if possible, sweaty basements in gritty neighbourhoods. Indeed, International Teachers of Pop are very much a band best suited to a live environment where anything can happen and inhibitions disappear.

Topics remain frivolous – from the dystopian world of clean nightclubs, to the accusation that Sleaford Mods’ Jason Williamson stole someone’s plimsolls – but there are moments that tread a less superficial path: ‘A Change’ sounds like a modern R&B classic, with its leisurely slow-jam qualities, all carried by a particular special vocal collaboration between Katie Mason and Teachers singer Leonore Wheatley.

There are so many reasons to love International Teachers of Pop, but Pop Gossip isn’t necessarily one of them, depending on your stance on sickly-sweet synth-pop with a comedic edge.