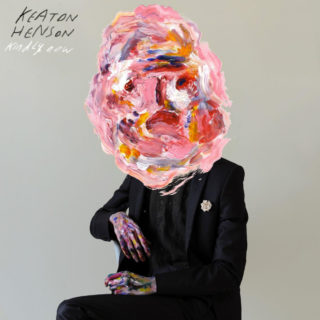 Hit ‘intrude’ on KeatonHenson.com and you’ll come across a digital rendering of a tattered writing pad that’s all stained paper, rough edges and hand-drawn pencil. Turn the first page and you’ll read: “I hope you listen as though it were all for you. I hope she knows it was.” It’s the perfect intro, and a line that stands as both an invitation and warning of Henson’s admittedly self-protected world, where the slow creep of desolation hangs heavy. It’s a familiar cross to bear for any singer-songwriter, and a fine line between artistic introspection and woe-is-me indulgence, but Henson sighs his way through it with trembling reluctance.

Plumbing the same maudlin depths as previous efforts, ‘Kindly Now’ is a similarly sad, slow show. Opener ‘March’ is a string-laden hug goodbye; ‘The Pugilist’ transports us back to the time Damien Rice briefly ruled the world; ‘Comfortable Love’ builds up a weighty head of steam for the day Henson plucks up the courage to hopefully play out a Greenman sunset.

Elsewhere, ‘Old Lovers in Dressing Rooms’ is exactly as it sounds; a heart-string-tugging short story of awkward conversations whereas his voice hits tremulous lows as he almost whispers, with a bullet, “It is love but I fear it won’t do” on ‘Good Lust’. Bleak but beautiful, ‘Kindly Now’ is the soundtrack you want if you’re happy being sad.