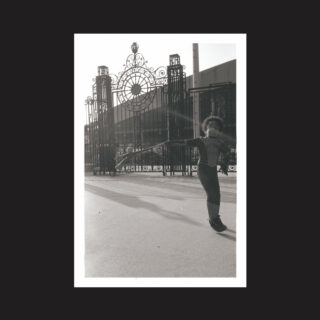 As a jazz troupe in the loosest sense, Irreversible Entanglements have always demanded connection on their own terms. Perhaps even more so than its predecessor, 2020’s Who Sent You?, their third album Open The Gates is a challenge – to the white-washing of jazz into clinical dinner party music, to the barbarism of colonial expansion, to the inherent biases of whoever might be listening.

I’m aware of my own free jazz biases as I listen. There’s a deep refusal of easy legibility in Camae Ayewa, aka Moor Mother’s, poetry, as she draws overlapping circles around birth, annihilation and empire, connecting dots where most see none. The furious chops of her surrounding bandmates don’t always pull into gear, occasionally sounding a little too hesitant either by accident or design. In fact, we’re often brought in medias res of the action, as if we’ve stumbled upon the rehearsal room right after we’ve missed an initial burst of energy. I came away from Open The Gates wishing I could’ve been there from the start, which speaks more to the limitation of the album format than any fault with the group itself.

But when you do get the full picture, it’s a sight to behold. ‘Keys to Creation’ channels the punk belligerence Irreversible Entanglements blend so well into a jazz setup, its bassline incrementally adjusting the groove in time with Ayewa’s invocations. There’s something Wire-like about it, a ticking pipe bomb stuck in countdown mode, even as the rhythm collapses into a murky dirge around the half-way mark. ‘Water Meditation’ follows a similar pattern, beginning with an intense trumpet and vocal exchange and ending somewhere along the lines of a barbed Sun Ra melody, like a long-form auditory magic trick.

Are these highlights too long at 14 and 20 minutes respectively? Yes, but that’s precisely the kind of belligerent approach you want from Irreversible Entanglements; the audacity to make you shut up and listen, no matter how long it takes.