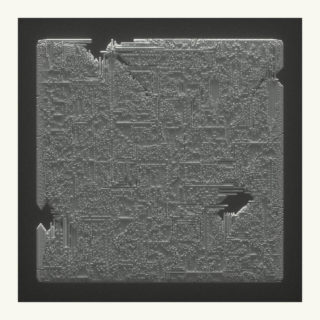 On his first output since becoming a father and moving away from the hectic environment of the city, Brighton-based Ital Tek (born Alan Myson) offers one of the most richly atmospheric electronic albums of the year thus far. Written and recorded during long nights watching over his newborn, Outland’s nocturnal tone is unsurprising, and feels as though it was designed to be heard only when sunlight is absent from the world.

Stylistically the LP ventures further into the landscape that Myson began to explore on his previous album Bodied, moving from his early footwork leanings to delve into darker, heavier areas that wouldn’t be out of place alongside Forest Swords, Zomby or Burial. The ten tracks unfold like the soundtrack to a dystopian video game hidden in a haunted arcade, and from the pulsating physicality of ‘Deadhead’ and ‘Bladed Terrain’, to the spacey ‘Reverie’ and ‘Angel in Ruin’, it remains cinematic throughout.

Outland seems to exist within its own universe, absorbing and labyrinthine, with a kaleidoscopic nature that reveals new textures and layers with each sitting. It’s an apocalyptic trip that wants to consume you whole, like the endless black of space engulfing a drifting astronaut abandoned by their ship. It’s best if you allow yourself to sink into it.