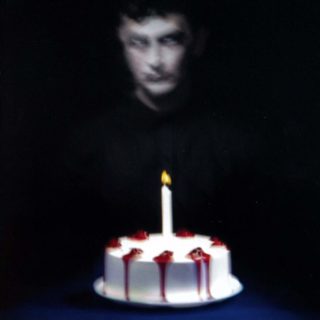 Synthwave bands walk a tightrope – too cheesy and it’s easy to come off as charmless and dead-eyed; lean too far into post-punk and it’ll just be ‘Movement’ for people who only listen to YouTube megamixes. Turkish band Jakuzi’s new record does an admirable job of maintaining its balance, but it ultimately feels overwhelmed by the pressure.

A lot of the tracks here lack the glitter that defined ‘Fantezi Musik’, which is both good and bad. It’s always great to see bands grow rather than retreading old ground, and tracks like the driving ‘İstemezdim’ and lead single ‘Şüphe’ benefit from a more serious tone. It’s a shame, then, that when the synthwork becomes cheesy and unconvincing it’s less easily excused as a deliberate aesthetic choice.

Comparisons will almost certainly be drawn with Belarusian group Molchat Doma’s similar-sounding ‘Etazhi’, which is a shame. ‘Etazhi’ is a much darker record – not to mention that it’s from an entirely different culture – and so comparing it to the much poppier ‘Hata Payı’ feels unfair. I’m onboard with Jakuzi’s style here even if it isn’t as instantly satisfying as ‘Etazhi’, as this album does offer some fun tunes, although it’s often more rewarding thinking about where the band will go next.