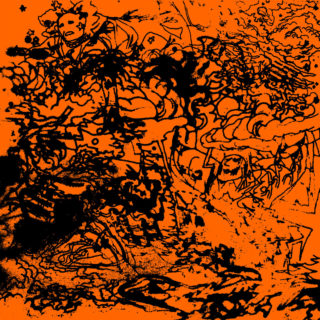 So much recent jazz from both the UK and the States, while undeniably engaging, also feels so in thrall to its forebears that you start to wonder if some of the musicians involved realise we’re two decades into the 21st century. LA pianist Jamael Dean, by contrast, not only knows what year it is, but also seems intent on only looking forwards. Sure, he clearly knows his Sun Ra and Coltrane (as well as, pleasingly, his J Dilla and Avalanches), but, impressively, the musician that Black Space Tapes evokes most is Dean himself: he may be just 21, and this may only be his debut, but the nuance, musical sensitivity and depth of personality on show here belies both his age and experience so dramatically that the record feels like a dazzling daydream.

The first half initially appears to be the sound of a band in a room, but reveals itself as a wonderfully knotty montage of lots of bands in lots of rooms, with Dean allowing the accidental juxtapositions to mesh organically, creating an imaginary psychedelic space full of fluttering flute harmonics, wordless coos and audacious piano runs. Then, when programmed beats arrive, Dean resists the urge to synch everything to a groove, instead maintaining the album’s bewitchingly loose feel of gentle metamorphosis and flow. Samples of his band drop in and out with a serene sense of serendipity, and the album closes with what appears to be the opening line of a new song. Such is Dean’s confidence, that feels entirely natural; such is Black Space Tapes’ engrossing brilliance, you can’t wait to hear more.