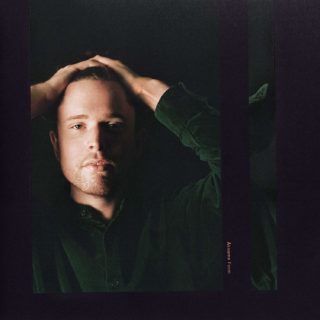 Falling in love could be a bad career move for an artist who’s built his reputation around minimal electronic emo. On his fourth album ‘Assume Form’, however, James Blake shrugs off his cloak of isolation and depression to embrace his relationship with actor and DJ Jameela Jamil. The 12 tracks don’t precisely chronicle the Londoner’s newly opened emotions but there’s a quickening of the musical pulse that replaces his erstwhile glacial crawl with a sound approximating soulful warmth.

This is most obvious on ‘Can’t Believe The Way We Flow’, which is built around a sample from R&B vocal group The Manhattans. The harmonies swoon while Blake appears to be pinching himself in disbelief at his good fortune. It’s a technique that’s repeated on ‘I’ll Come Too’, the rhapsodic strings tracking Blake as he promises to follow Jamil from “the brink” to LA.

The brink is one of many references to mental health: on ‘Power On’ he remembers that “I thought I might be better dead / I was wrong” while on ‘Where’s The Catch?’ he’s anxious that “everything’s rose” won’t last. Featuring Outkast’s André 3000, it’s one of four tracks on which he calls in favours after his spate of production credits for A-list stars.

The collaborators may help him to break into the US charts but ‘Mile High’, guesting Travis Scott and Metro Boomin, and ‘Tell Them’, with Moses Sumney, walk perilously close to generic R&B. The use of guest vocalists also creates a disconnect between the vulnerably open lyrics and Blake. The exception to this is ‘Barefoot In The Park’, on which flamenco artist Rosalía adds passion to spacious beats and harmonies.

If these tracks have more muscle than usual, his assumed form slides into jazzy piano work that’s contemporised by the sharp beats, jittery percussion and pitch-shifted backing vocals on the title track, ‘Are You In Love?’ and ‘Don’t Miss It’. Their traditional singer-songwriter structure collapses completely on final track ‘Lullaby For My Insomniac’, a woozy haze of synth and layered vocals that finds him content to let go of introspection and let in love.