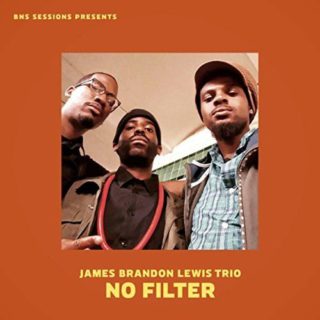 James Brandon Lewis Trio make free jazz for 2017. Driven by the tenor saxophone of the group’s founder and namesake, the group’s modus operandi revolves around capturing a moment in time and moving on.

Recorded in a single 8-hour session, ‘No Filter’ draws on the same palate as the likes of John Coltrane and Pharaoh Sanders, while also creeping its sonic tentacles out of its sax-jazz roots and into the spheres of hip hop, soul, funk and RnB. Lewis wears his influences on his sleeve and you can hear Mos Def and A Tribe Called Quest between the lines of ‘Say What’ and ‘Zen’, with their recurring brawny bass motifs, while ‘Y’all Slept’, which features rapper P.SO the Earth Tone King, is an extended homage to the eclecticism of East Coast hip-hop’s golden age that morphs into a hypnotically melancholy jazz lament.

Elsewhere, ‘Bittersweet,’ with its tender falsetto scat, courtesy of Nicholas Ryan Grant, demonstrates Lewis and band’s acute awareness of their musical heritage and their own shifting place in an ever-evolving lineage of black music.