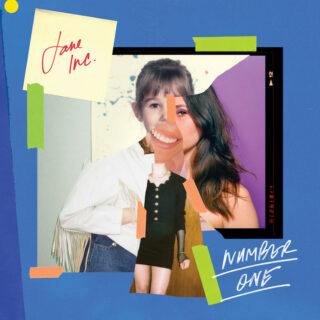 An issue a critic can often face is never knowing when you’re the problem. What if, for example, an artist (let’s say Carlyn Bezic from Ice Cream under the moniker Jane Inc) releases an album that is the exact kind of fuzzy slightly-disco sorta-pop you love, yet you can’t explain why you’re cold on it? Which is unfortunate ’cause that’s my job, but I’ll give it a go.

Bezic’s debut project deals with the nightmare of the modern world and the impact it has on our fractured psyche. It’s inspired by Prince with elements of Scary Monsters-era Bowie. It’s vulnerable but never cloying, with an empathetic soul – this should be a slam dunk for me. But I kept feeling at a distance the entire time. My mind kept wandering.

So I tried to listen whenever I could. I went on walks with it. I went to sleep to it. I ruined all my personal relationships and got rid of my dog to ensure I wasn’t disturbed listening to it. Still my attention wasn’t held. It’s an album of mood rather than narrative but that adds up to few distinctive moments. ‘Gem’, the lead single, has something of an industrial vibe to it that stands out. ‘My Oldest Friend’ is quite tender and ‘Dirt and the Earth’ has some lovely Karen O-style hooks. But then the album would continue and I’d be lulled back into that fugue state.

The reason I’ve been giving myself Stockholm Syndrome trying to like this more is because I can appreciate what Bezic is trying as Jane Inc. I’m pretty sure this could be a grower, so hopefully I look back at this in a few months and mock my prematurity. Right now all I have is a lukewarm feeling and some personal issues to work through.