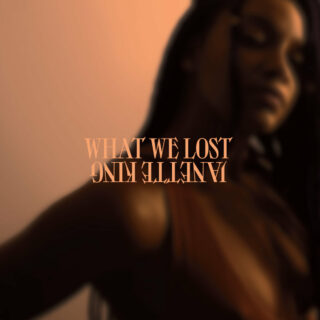 If there’s anything negative to say about this debut record from Janette King, it’s that it might actually sound too good for its own good; the slick production and R&B stylings, which have one foot in the genre’s ’90s pomp but with clever inflections that update it for the present day, are so easy on the ear that it’d be easy to just let What We Lost wash over you.

Really dig into it, though, and there’s genuine depth, too, with the Montreal singer-songwriter serving up a highly personal treatise on loss that confronts her own struggles (the Maryze collaboration ‘Mirror’), those of her friends (closer ‘Found a Way’, a stirring reflection on addiction) and those of the world at large (‘Change’ was written during last summer’s Black Lives Matter protests). King wears her influences firmly on her sleeve – there’re flashes of Aaliyah on ‘You Don’t Love Me’, Jill Scott on ‘Mars’, the off-kilter leanings of Erykah Badu on ‘Caught in Smoke’ – but the title track’s neat nod to house music positions her closer to contemporaries like Jorja Smith. This is a hugely promising debut.