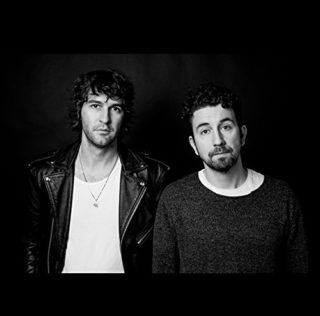 In the immediate aftermath of ‘Post-Nothing’ in 2009, it felt like Japandroids would only be content with hurtling forward in a blaze of scorched-earth indie rock. 2012’s second album, ‘Celebration Rock’, fleshed out that intent with the Canadian band digging deeper into what they wanted to say, but even that was done at 100mph.

‘Near to the Wild Heart of Life’ slows and softens that shellacking with the duo determined to prove they’re capable of adding depth and blowing out their freewheeling anthems. Take the 7 minutes of ‘Arc of Bar’ where that blazing intent goes stadium-sized with big, echoing ’80s dynamics and swathes of electro that cut through noise – it’s unexpected but is still definably Japandroids.

Elsewhere, title track ‘Near to the Wild Heart of Life’ and ‘I’m Sorry for Not Finding You Sooner’ retain all the tumultuous rumble and unremitting momentum, but it’s on ‘No Known Drink or Drug’ that Brian King and David Prowse find the balance. Driven by breakneck guitar and snapping drums, dreamy shoegaze backing vocals add a sense of sweetness that feels a long way from the desperation and raw necessity of their debut.

On ‘The House That Heaven Built’, they once sang: “And if they try to slow me down/I’ll tell them all to go to hell.” Japandroids aren’t going 100mph anymore but that’s ok, because for the first time, it feels like they know where they want to go.