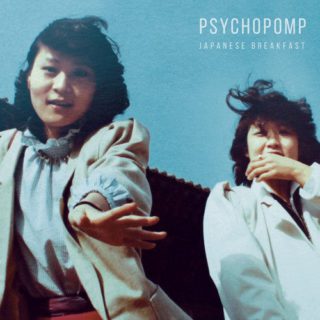 While Philadelphia indie outfit Little Big League were on hiatus their singer and guitarist, Michelle Zauner, put together the Japanese Breakfast project; the songs we hear on ‘Psychopomp’ are revamped and reworked takes on material which existed pre-Little Big League, and in these bright new clothes Japanese Breakfast carries easily as much sonic heft as its sibling band.

There is a tragic backstory that sits alongside the genesis of this band – Zauner’s mother had been diagnosed with, and later succumbed to, cancer, and this project is born of that desperately sad time. Yet this is melodic, guitar-heavy indie-pop done exceptionally well, with a massive 90s vibe, as opener ‘In Heaven’ is a shimmering slice of melody-rich pop, which sounds something like My Bloody Valentine covering the Boo Radleys.

It has a chorus that positively shines, and a brief but epic-feeling middle eight, both of which sit in contrast to the more unevenly poised lyrics. Meanwhile ‘The Woman Who Loves You’ is exceptionally poppy and slickly produced, with unadorned synth melodies sitting like a sugary centrepiece front and centre.

For the first half of the record, these songs are short, sharp and punchy. (In fact, the entirety of this serving of Japanese Breakfast is consumed within 25 minutes.) And this is how it should be; hits of melody so sweetly intense aren’t meant to be lingered over. ‘Everybody Wants To Love You’ is then like 60s doo-wop pop dragged into the Pixies’ rehearsal room and played on helium, before the record takes a more musically reflective turn later on, exemplified in ‘Jane Cum’, a surprisingly heavy slice of huge-sounding, slowed-down power balladry – something akin to A-ha’s ‘Take On Me’, but drenched in epic guitars and played on thirty-three.

More than once, ‘Psychopomp’ gives you the thrill of the new whilst ultimately listening to something inherently familiar – the instinctive and visceral reaction that comes when you hear something that you know is going to stay with you for a long time, and as such, it’s a task to find the weak spots here.

This is no one-trick pony of an album, either. Although bolstered in the world of indie rock, the stylistic variance – from pure, reverb-sunken indie and deft and engaging pop, to sombre vignettes like the title track, which features a heartbreaking spoken answerphone message – ‘Psychopomp’ showcases an exceptionally powerful talent in Michelle Zauner, on a superbly made debut that’s fizzy and thrilling, deeply reflective, and consistently compelling. 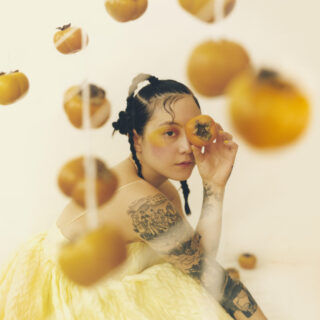 Japanese Breakfast's Jubilee is a total celebration of life 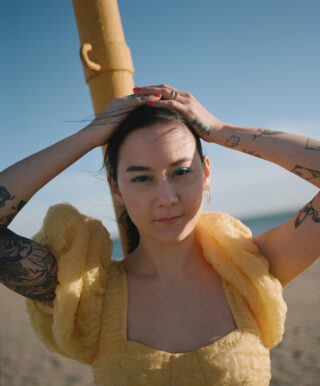