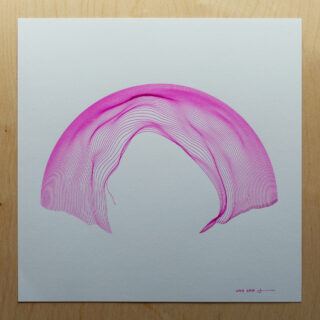 Spare a thought for Jas Shaw. Best known as one half of Simian Mobile Disco, COVID-19 hit while he was recovering from an operation, meaning that lockdown meant proper lockdown. Stuck mostly in one room, Shaw spent the better part of 2020 completed isolated, cut off from everyone.

It makes sense, then, that Sollbruchstelle, which is German for ‘breaking point’ in case you’re wondering, often feels more like a series of diary entries rather than your typical ambient album. With SMD on temporary hiatus, Shaw had already been on an extended field trip, exploring the far reaches of electronic music. Even though the experience of a single room informs this album of just one room, it still manages to cover a vast amount of sonic territory. This album travels a surprising distance, floating between Tangerine Dream-style cosmic symposia through gauzy vaporwave and delicate post-classical atmospherics.

Sollbruchstelle swings for the fences from a creative standpoint, yet one of the most striking things about this record is how minimal it all sounds. Listening through kind of feels like flipping the pages on an issue of Wallpaper magazine, taking you from one well-manicured chamber to another. By keeping the instrumentation close and concentrating on extracting every ounce of tone and resonance, each composition feels like its own little adventure into Shaw’s head. A place where moments of quiet melancholy and hopeful transformation seem to creep up on you without you even really noticing.

Don’t get me wrong, Shaw’s album certainly isn’t something you can just stick on and fall in love with. With a long run time and a few challenging concepts, it definitely doesn’t try and suck you in with the first note, but like a good book, Sollbruschstelle feels willing to pay back anyone who’s up for putting in the time. This might be an album about being stuck in a single room – but at least it’s a room with a view.