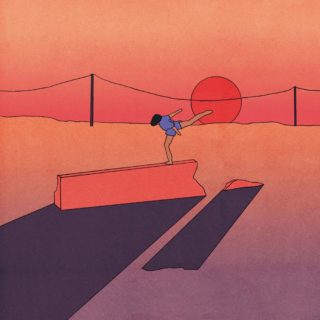 2017’s Everybody Works invited the world into the mind of California’s Melina Duterte; a warm and welcoming new voice to assimilate into the modern indie canon. This second self-produced record does nothing to suggest that Duterte doesn’t belong, building on the promise of her debut without deviating too far from its foundations.

There is nothing on Anak Ko (the Tagalog phrase for “my child” that Duterte’s mother often uses for her) that suggests a revolutionary spirit lies within its maker’s creative drive. Duterte is not here to ruffle feathers or to blaze a new trail into music’s unseen future. What we have instead is a body of nine songs that ably glide through familiar indie environs; the bejangled, shoegazy wash that is plastered all over ‘Superbike’, for example, is a joy. Duterte’s guitar ranges from the lounging pedal steel of ‘Get Well’ to the enjoyably gooey, off-kilter break at the centre of ‘If You Want It’.

The lo-fi opening minute of ‘Tenderness’ blossoms into full production just as the album’s strongest melody kicks in, a contrast that allows it to shine stronger still. “No hard feelings” is the mantra on the track ‘Peace Out’ and it might as well be Jay Som’s motto. If she struggles with the weight of the world’s complications, then she has a world class poker face. Duterte appears to live in that desirable pocket where she can resist confrontation, rise above negativity, and, well, peace out. Who doesn’t envy that?