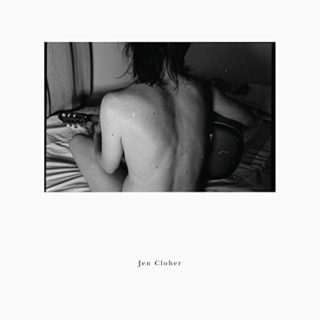 Jen Cloher had been plugging away since 2005 and had achieved a modicum of success, including being nominated for an Aria (the Australian equivalent of a Brit award). Then in 2013 the career of her wife, Courtney Barnett, went into overdrive and redefined both her concept of achievement and her relationship.

Her fourth album examines these themes with a brutal honesty that’s all the more remarkable given that the subject of much of these musings – Barnett – is featured throughout on lead guitar.

“You’d been gone so long you could have been dead,” she sings on opening track ‘Forgot Myself’ over a laid-back Pavement-esque guitar riff. Continuing to address the months of touring that Barnett undertook she adds, “I start missing you days before you leave” on ‘Sensory Memory’ atop woozy Americana.

The physical and emotional presence of Barnett is equally inescapable in the song structures. Recorded live with minimal overdubs, the eleven tracks resemble overflowing diary entries that frequently eschew choruses.

Sung in a deadpan voice that’s halfway between singing and speaking, her lyrics are painfully self-aware (“Indie rock is full of privileged white kids / I know because I’m one of them” – ‘Shoegazers’), yet woke (commenting on the battle for same sex marriage she jibes that the “feral right / Get to decide / If I can have a wife” – ‘Analysis Paralysis’).

The compositions also pulse to the rhythm of classic rock. There are references to Patti Smith, the Dirty Three and the Go Betweens, while stylistically ‘Shoegazers’ has the New York attitude of Chrissie Hynde, ‘Great Australian Bite’ taps into the Velvet Underground’s droning rock, and ‘Strong Woman’ the power pop of Ex Hex.

It’s the space between these references that Cloher makes her own, where she can learn to “be proud, stay strong / Go on.”