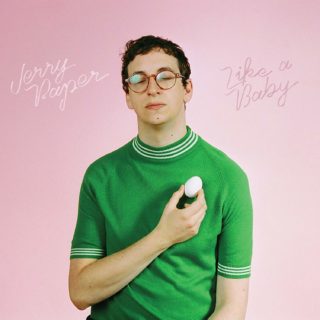 “Dystopian shopping centre” might seem like a weird concept for an album at first, but consider this: have you ever tried to go for groceries at six o’clock on a weekday and wanted to scream? If you haven’t, try nipping into St Albans Morrisons for a pint of milk at that time. Hell on earth.

Suddenly some of the imagery on Jerry Paper’s – the alter-ego LA multi-instrumentalist Lucas Nathan – new record doesn’t seem quite so bizarre. Still strange, yeah, but it’s within the realm of understanding, which encapsulates the album at large, really. Fans of Matt Maltese, Mac DeMarco and Alex Turner’s lounge suits will probably appreciate the wonky, cocktail bar stylings of tracks like ‘Something’s Not Right’, even as Jerry Paper messes with the form.

Then there are songs like ‘Grey Area’, which are reminiscent of a sequence from The Wizard of Oz, if the film was also partially a comment on late Capitalism and desire. On ‘Like A Baby’, he filters a sometimes distressing reality through oddball synthpop, giving everything a slightly dissociative quality. That’s particularly clear on album closer ‘More Bad News’, which hazily captures the relentless horror of the 24-hour news cycle. Like the rest of the album, it’s simultaneously of this reality and not, seeming to capture an alternate universe in which we’re just as screwed as we are now but are also possibly living in space, or underwater, or in a simulation… It’s dead weird, but then so are the times we’re living in.