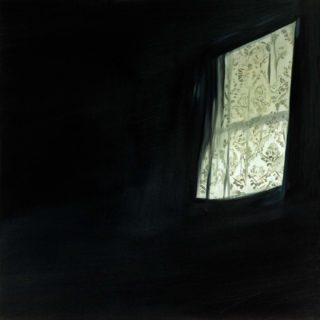 When you’ve spent fifteen years as a member of a post-rock band like Thee Silver Mt. Zion, nobody’s expecting you to start making pop records. And so it has proved for Jessica Moss, whose second album is billed as post-classical but could just as easily be described as string-heavy post-rock.

It’s not a promising start as a series of high-pitched, high-frequency beeps pan from left to right for a good couple of minutes. Try to imagine “future space music” as envisioned by a futurologist in 1976 when everybody thought we’d have flying cars by now; the soundtrack to a low-budget sci-fi. But via strings and brass the track builds and builds into something epic, something of real substance, imbued with a sense of power and importance. This opening track lasts over twenty minutes, and there are movements within it – its closing few minutes, by contrast, feel and sound very human and organic, though carrying no less of a sense of dread. The discordant strings of ‘Fractals (Truth 1)’, meanwhile, bring to mind the apocalyptic feel of Godspeed You! Black Emperor.

This is music heavy with its own importance and seriousness, carrying real weight, somehow cerebral and visceral at the same time. Vocals are rare, and where they do appear they are hazy and ephemeral.

And as a sense of deep, foreboding drama continues to run through ‘Entanglement’, at its finest moments it is very moving indeed. Although there’s not much to separate it from other fine examples of its genre, it remains an inventive, powerful and deeply engaging album.