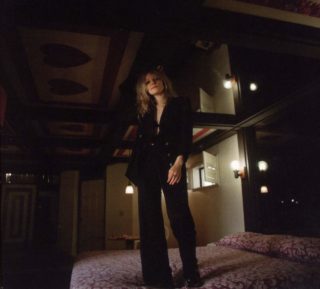 ‘Quiet Signs’ is a record with such quiet power that you expect the world to fall silent as it plays. In one sense it is comprised of simple compositions, but each of its nine tracks is laser crafted to gently tease and pull at your control centre. Getting to know it is like becoming an addict and seeking therapy at the same time.

It marks a significant departure for Los Angeles singer-songwriter Jessica Pratt, whose first two albums’ finger-plucked traditions were rooted in time and place. This time Pratt’s celestial vocals are submerged in a thick, floating force field that is electric-blanket-warm, closer to Grouper or Joanna Newsom than conventional folk.

READ MORE: Jessica Pratt almost entirely in her own words

Opening with a 100-second haunting piano number, ‘Opening Night’, named after the 1977 John Cassavetes cult art film, the album is essentially uniform in its arrangement and instrumentation, as if it were one uninterrupted dream suite. The tracks change but you the listener just continue to drift helplessly toward a defenceless state of reverie.

Lead single ‘This Time Around’ is the most direct and lyrically decipherable track, its melody entirely contained within Pratt’s sliding, seductive voice. ‘Poly Blue’ is the most deviant, with brief flashes of woodwind, but it never rocks you out of your trance. The production throughout (Pratt co-produced with Al Carlson) is soft-edged and intimate, almost as if we are intruding on something too personal. It is the purest distillation of this artist’s voice and is primed to be one of the year’s standout releases.