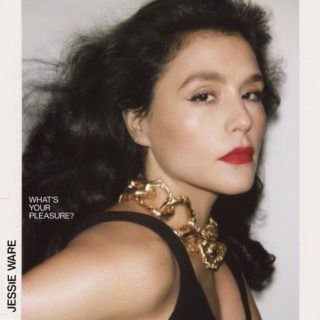 When you’ve said everything already, what is there left? That seems to be the challenge facing Jessie Ware on her fourth album, What’s Your Pleasure? From the smoky beginnings on Devotion to the silky romanticism of Tough Love, Ware started to emerge from the behind the veil to the point where she was naming a track after her husband.

And though a 2018 Coachella set that clashed with Cardi B left her questioning why she was still making music, Ware’s fondness for the confessional didn’t go away. She turned to podcasting her podcast Table Manners, baring her soul along with her mum and a celebrity guest every episode. Now, with pretty much everything out in the open, What’s Your Pleasure? doesn’t really have much new to tell us. But, here, that doesn’t really matter. Ware’s fourth record is an unadulterated good time, concerned only with the dancefloor.

What’s Your Pleasure? echoes the maximalist disco lineage that stretches right from Chic to Robyn. It’s all bouncing basslines, Patrice Rushen-esque melodies and glitterball energy. Opener and album highlight ‘Spotlight’ lures you in with sweeping strings and Ware’s whispering vocals before opening out into a Stock Aitken Waterman groove. ‘Step Into My Life’ makes great use of similar orchestral flourishes, this time bringing to mind John Barry’s glitzier Bond themes.

It does sometimes fly too close to those influences; ‘Save A Kiss’, for example, sounds a little too much like a leftover Robyn track. That familiarity often means the record doesn’t linger long in the mind once it’s stopped spinning. You’re more likely to start humming a Sister Sledge bassline than one here. But Ware and her production team have a knack for building fantastic tunes following the Kylie Minogue and Sophie Ellis-Bextor tried-and-tested approach. Take those familiar elements, sprinkle a bit of glitter over it all and stitch it together to create floor-filling moments of pure joy.

Jessie Ware seems rejuvenated by a need to simply have fun, even on sultry slowdance ‘In Your Eyes’, which is reminiscent of her previous collaborations with Miguel. There’s no pretence and no emotional confessions here: just base emotions. In that sense, it truly is in sync with the disco tracks that have clearly driven What’s Your Pleasure? Sometimes there doesn’t need to be any reason for an album to exist other than to make you move. Sometimes style over substance is absolutely OK. Lose yourself in that moment and it’s magic.