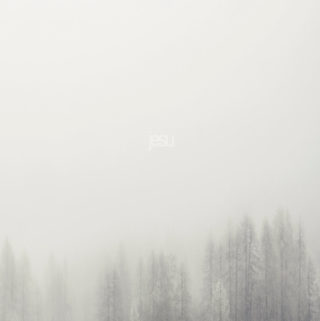 Words by Will Geeves

Terminus marks a welcome return to the guitar-dominated sound you might expect from Jesu, aka Justin Broadrick. When compared to the experimental, club-inspired production on previous EP Never – no doubt a result of Broadrick’s recent focus on churning out industrial techno as JK Flesh – Terminus is refreshingly organic and soulful. With the familiar downtuned guitars intertwined with chilling drones, we are treated to cathartic peaks while being left plenty of space to drift introspectively between movements.

As the first full-length solo release since 2013’s Every Day I Get Closer To The Light From Which I  Came, Terminus plays out like a long-awaited conclusion. Boasting moments of optimistic pop-ness with surprisingly catchy vocal performances and immersive junctures of bittersweet  ambience, the album feels like a product of clarity and acceptance. Despite the dramatic-sounding tracklist evoking ideas of burning out, breaking down, and giving up, Broadrick explores these emotions in a more subtle, contemplative way than one might expect.

The slow-burning ‘Disintegrating Wings’ and title track ‘Terminus’ are unanswered pleas of  desperation and loneliness, undulating atop distorted and unwavering guitar motifs. But resolution is found on ‘Sleeping In’, where moments of devastation move through peaks and troughs, and reinforced on ‘Give Up’, as an optimistic momentum brings the album to a close with a driving drum machine and urgent synths.

With a majority of the album taking a quieter and more stripped-back approach than previous  Jesu releases, there are moments that can feel a little underwhelming in the context of much of Broadrick’s work. Despite the merits of upbeat pop-rock track ‘Alone’, with its memorable yet outdated vocals, and the bass-heavy shoegazing revelation ‘Consciousness’ contributing additional auto-tuned weirdness, the more experimental offerings unfortunately distract from the emotional turbulence fostered in the more poignant moments.

Despite these shortcomings, Terminus feels like a significant milestone for  Justin Broadrick. Although the reflective nature of the record prescribes extensive repeat listening, it lacks the gloomy charm showcased in recent collaborations with Sun Kil Moon, while not quite measuring up to the unrelenting power of past releases.